In time, life changes.
Because you want it to, because you make it.
And then you wonder, about the different uncomfortables, the different suffering.
Healing pains.
Old wounds expelling poison, slowly improving.
And you wonder, do I feel better?
Because you wanted an end to the despairing discomfort.
While you still labour with troubles, afflicted with unsettling dis-ease.
Tiring dysfunction.
Besieged by the combination of interactive physical and mental symptoms and assaults.

Wondering if there will ever be more peace than battle.
Wondering when you will get back the strength you once felt, seemingly so long ago.
You look for hope, try to locate it whilst lost in the darkness.
Hope to stoke the fire within, to spark the light and bring back brightness.

{ Struggling today with the tiredness, aches and unease that follow an indeterminate gluten reaction the prior day. Source unknown, and a rare occurrence these days of constant vigilance. } 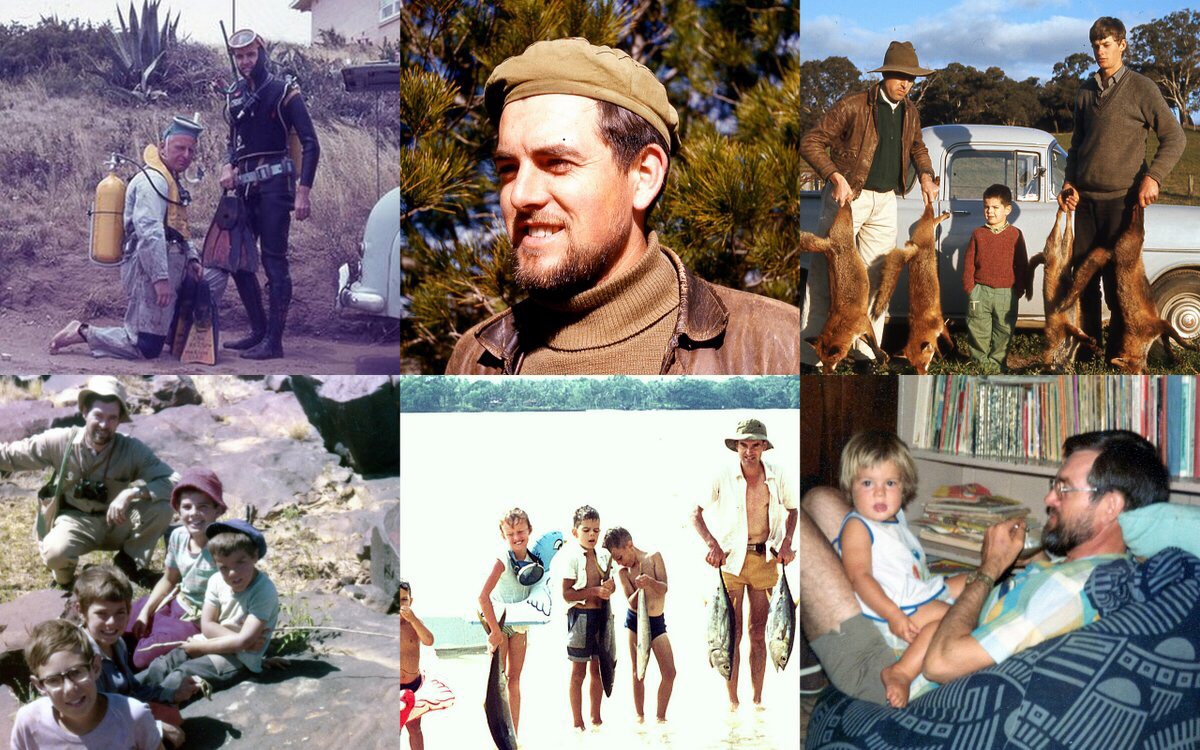 I miss my dad.
Through all the turmoil; all the moments of anger, hurt, uncomfortableness. Even through all his own pain, discomfort, the disruption of Parkinson’s disease degrading his human form and bodily organs failing.

I didn’t feel him at the end of this year.
The anniversary of his death on Christmas Eve, then a week later remembering his birthday on New Year’s Eve. A busy time of the year when it is easy to not notice many things. So I paused, left space for his memory, thinking about the present more than the past. I remembered him with a toast of his favourite drink – Cooper’s Stout “Happy Birthday Dad”. For a change, there were no tears, no heartache, no grief.

He wasn’t close to me this year. He was somewhere else, being himself, knowing I was okay at this time.

And now, a week later, with clear thoughts, I remember and miss the spirit that sparkled in a way like no other. The love that he gave for so many people, selflessly. He cared in his own way, and I thank him for expressing that as best he could.

So there are no more visits, no more chats. No more awkwardness and no more love. All I have are the memories – the feelings and moments, emotions imprinted on my heart. 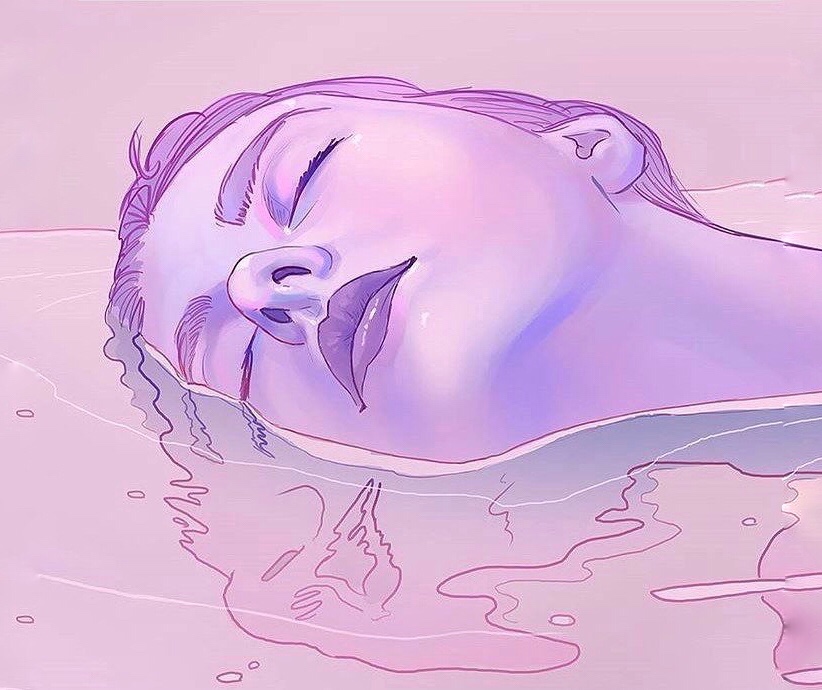 This lost feeling
I have no idea who I am anymore
Normal function seems impossible
And it has been impacting me for a year.

There have been stresses
Big, life-changing, emotional, relationship shifts
Thinking I was over the marriage break-up
But that grief and confusion seem to be stronger now more than ever.

And that other relationship
That was good and then not so good
Had to walk away from that one also
Now trying to process all the interpersonal confusion, all the self-blame, and damage that is caused by people who are hurting.

I’m the hurting one now
But I won’t let that effect my relationships
Feeling how much energy it takes to process all this
Left exhausted after physical health clashes with mental health.

I’m sure I used to have some idea
Of what I wanted, and particularly of who I was
All that is up in question
The old ways didn’t work, the new way isn’t new enough.

New ways of living are too much like the old ways
So discomfort creeps in
A wariness, a don’t-let-this-happen-again
Tries to break apart what is new and good for me.

Though the rest of my life feels in turmoil
I have a close relationship that is healthy
More sound than anything before in my entire life
The wonder of two spirits in synchronicity, joining together after crossing paths 29 years ago.

There are many things we do not understand
Why people cause pain
Some intentionally, some unknowingly
Why we choose to be brave at a particular time, and not before.

Unsettled life, unresolved personal conflict
Whether physical or mental, still the same results
We struggle not to completely fall apart
We struggle to survive, to be good, to create happiness

Is that too much to ask?

Awake at 3am. Brain running, processing. Recent events, current events, in my life.

Feeling unhappy is the very first thought. I remember that because it surprised me, disturbed me.

It is sadness at the way A treated me last night, going to bed. Not much communication or care from her. I perceived it as harsh and negative. Ok, she was really tired and struggling with energy and I know that makes her grumpy. But really? I mean, every fooking time I get to deal with this. Which is usually multiple times per week. Most weeks. Her in a good mood, in the evening, is a rare thing. My perception.

She shut off the tv while I was still watching it, but in the process of organising myself towards bed. Yes she had prepared my hot water bottle as well as hers, that’s a rare concession to my needs. And it was her attitude, as it usually is, that bothers me. Maybe it’s a frustration at her own immediate situation/tiredness. But it feels like she takes it out on me. Whereas if “the tables were turned” I internalise those sorts of feelings and make a point not to inflict them on anyone else.

Why the difference between us and why should it bother me?

Big questions that I cannot answer right now. But enough to keep me awake in the middle of the night.

Maybe I feel like she is fed up with me being sick. Maybe I am fed up with her being a dick. I guess that I struggle to look past these “little things” she does, to see the bigger positive picture. Because it seems our life is full of these constant frictions, while I struggle to find the positives, struggle to see the love in a way that has meaning for me.

And I acknowledge this all 100%. Hey, if I’m “doing something wrong” I will be the first to try and make it right, to try and act and be the best sort of person I can. And she won’t do that. Because that would mean admitting in some context that she has “a fault”. And those thoughts lead her to feeling criticised, feeling unloved, because “she’s not ok the way she is” or something like that. You see, we never really get to talk about it. Because any suggestion in that direction leads to her shutting down emotionally, or reacting and starting to attack me with criticism about random past events.

It’s so sad to me. She won’t let me help her in any way. For years I tried to make helpful suggestions, in as positive a way as possible, for her life. And she mostly paid no heed to my input. But when she first started talking to a counsellor I was seeing, and they made the exact same suggestions that I had, well then it was time for her to act. I take that a little bit personally, in that, does she not trust me? Does she not believe me, or in my intentions all along?

But I don’t think that I create a whole grudge against her from that. I mean, I think about these things, I create awareness of myself, and I always try to be the best person I can. I make mistakes in the relationship, things I say, or do, or don’t do sometimes. But I try to learn from them and be better next time. Isn’t that just the best anyone can ever do as a human?

I don’t see her doing that. I don’t see her listening to what I say about us and making little course corrections along the way. What I see, mostly, is her reacting to what I say. Perhaps she thinks something like “I must change this otherwise he won’t love me any more”. And so a behavioural change happens and lasts for one or two weeks on average. Then I-don’t-know-what happens, perhaps dealing with life preoccupies her again (work stresses, money worries (did I mention it’s always about security for her?)), and it’s back to the way it was before.

Oh, there have been some changes for the better. Along the lines of, I-ask-for-100%-of-this, she-initially-gives-80%, later on with reminders of what we agreed she gives 10% more steadily. So I can’t say that she doesn’t make an effort. It’s just something about the whole situation, the whole pattern that I see over 20 years together, that leaves me quite uncomfortable, and sad.

And maybe that’s what is keeping me awake tonight. I tried. I try. But my energy reserves and enthusiasm wane after so long. I thought I could keep it up forever, let love fuel that push forwards. But love not returned as much as is given (and all this above, to me, is about love. “If she loves me she will…”) eventually wears me down. It’s all I know. It’s all I have the current knowledge to apply. It’s my best effort. So why do I feel this sharp pain in my gut, like all this hurt is stabbing me? This pain that I can’t rationalise. That I can’t think away or placate.

The reality of my situation Manifests itself within my physical body. No wonder I’ve been sick.

Need to feel connection
with other humans
to feel human

To feel
something
that contains life

Not that I feel empty,
I feel nothing

Actually, I feel so much
but it’s all negative
painful, and destructive

Failing to function today
Failing myself and others
When I cannot move,
Cannot talk,
Cannot bring concentration
together enough to
answer a simple question

Anger has the solidity
of invisible water vapour
Tears are meaningless leaks
A frozen solid heart
both chills me, and burns me

Despair
My only companion.

Black, black as the night
sky reveals depth of mystery
no respite
only glimmers of street light
orange and white

Cool, cool breeze in the air
ruffles my clothes
and hair
momentary pain distraction there
seconds without care

Spent in the fitful sleep

Blanket and arms across chest

Curled up in my sofa nest

The more I push myself
The more tired I feel
And it seems at some point
That I will just collapse
And sleep
But will there be
Finally
Some sense of accomplishment?

Tiredness that overshadows
Any positives of the day
Exhaustion drags me down
I don’t want to participate
Somehow, a focus
Human interaction breaks through
And I feel normal
Because I don’t think
Just doing what I want to do
With friends and family
Welcome interference in my
Otherwise distressing state

Afterwards, the pull
I just want to shut down
And stop feeling
To sleep, or any other way
Close down my consciousness
End the pull
The heaviness that tries to crush me
The weight of awareness

Life has been so hard
for so long
I’m scared stiff to embrace it
Clinging to my illness,
my troubles
An escape clause,
for all that I fear facing.
Everyone caring for
and supporting me now
Where will they go?
Who will be left,
when I don’t need help anymore?
Loneliness terrifies me
The future growls at me,
it’s low, loud, snarl 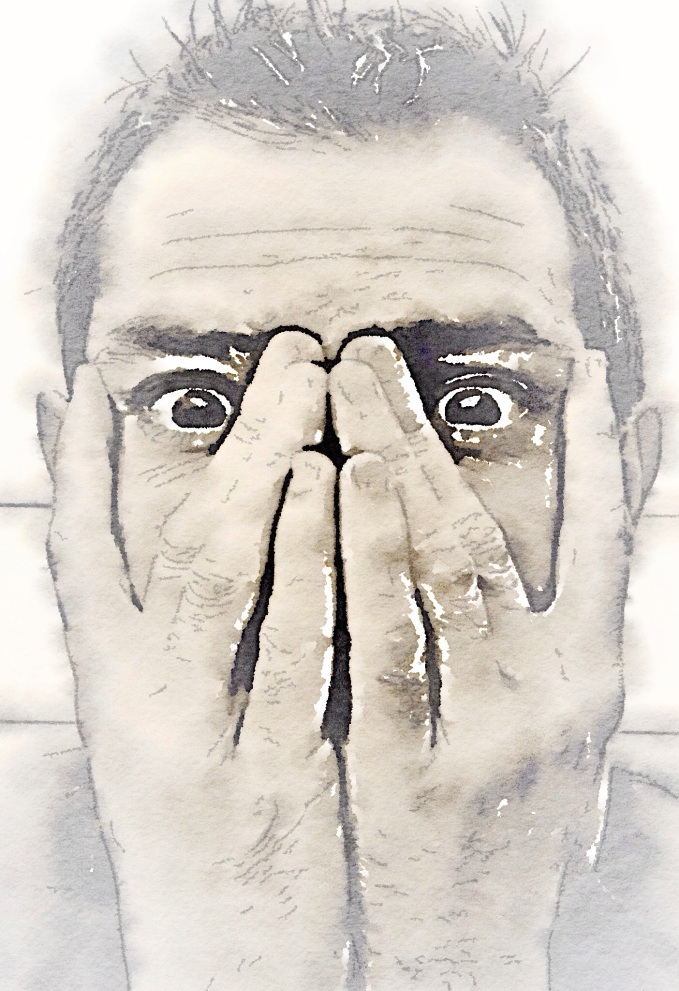 [ self portrait on this theme ]